Save now on the most popular Grand Canyon West airplane tours, from the best sightseeing tour operators!

Experience one of the most popular ways to see this natural wonder-of-the-world! This discounted Grand Canyon airplane Indian Country tour takes you on a scenic flight to Grand Canyon's West Rim and is perfect for couples, groups and Grand Canyon family vacations! 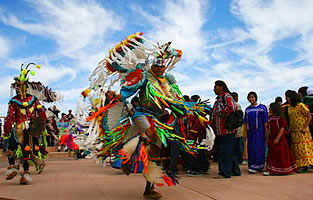 Best price guaranteed on this discounted Indian Country Grand Canyon adventure which takes you on a scenic Grand Canyon Airplane tour from Las Vegas to the mighty Hualapai Indian Nation located on West Rim of the Grand Canyon. A meal is also included at your choice of Guano Point or Eagle Point scenic overlooks.

An affordable West Rim Airplane and Ground tour from Las Vegas to the Hualapai Indian Nation, includes a meal at your choice of scenic overlook!

This discounted Indian Country Grand Canyon adventure tour takes you on a scenic Grand Canyon Airplane flight from Las Vegas to the West Rim of the Grand Canyon, home of the mighty Hualapai Indian Nation. Your Grand Canyon West Rim experience also includes a meal at the Grand Canyon West overlook of your choice. Your exciting discounted Grand Canyon West Rim scenic airplane tour begins with a short 35 minute airplane flight to the sacred Hualapai Indian Nation at the picturesque Grand Canyon West Rim. You'll be enjoying views from large panoramic windows specially designed for sightseeing, take postcard-perfect photos of landmarks such as the sparkling Lake Mead, one of the largest man-made lakes in the United States, and the mighty Hoover Dam, which was named one of the Top 10 Construction Achievements of the 20th Century, and its Mike O'Callaghan - Pat Tillman Memorial Bridge. Once you land at the picturesque West Rim a complimentary air conditioned hop-on-hop-off shuttle awaits making it easy for you to travel between the various points of interest at the West Rim. You'll have 3.5 hours to enjoy a self-guided West Rim tour which provides plenty of time for shopping for souvenirs and Indian handcrafts, take photos, and simply explore and experience all of the beauty and hospitality of the Hualapai Indian Nation at the West Rim of the Grand Canyon has to offer! This affordable Grand Canyon tour includes a meal at your choice of Grand Canyon West Rim scenic overlooks. Guano Point features an ancient pyramid-shaped mountain which provides 360 degree panoramic views of Grand Canyon West. Eagle Point is home to the Grand Canyon Skywalk [ Skywalk tour upgrade info ], as well as the Native American cultural village which houses exhibits of the various ancient dwellings of many American Indian tribes of the Southwest. On return, simply hop back on your convenient shuttle which takes you back to the West Rim air terminal for your scenic flight back to Las Vegas.
Round trip hotel pickup and drop-off to the air terminal is included from most Las Vegas area hotels.
Book with confidence: Discount tour coupons are not needed for some of the cheapest tour prices! Check Availability + Best Price » Tour Includes: